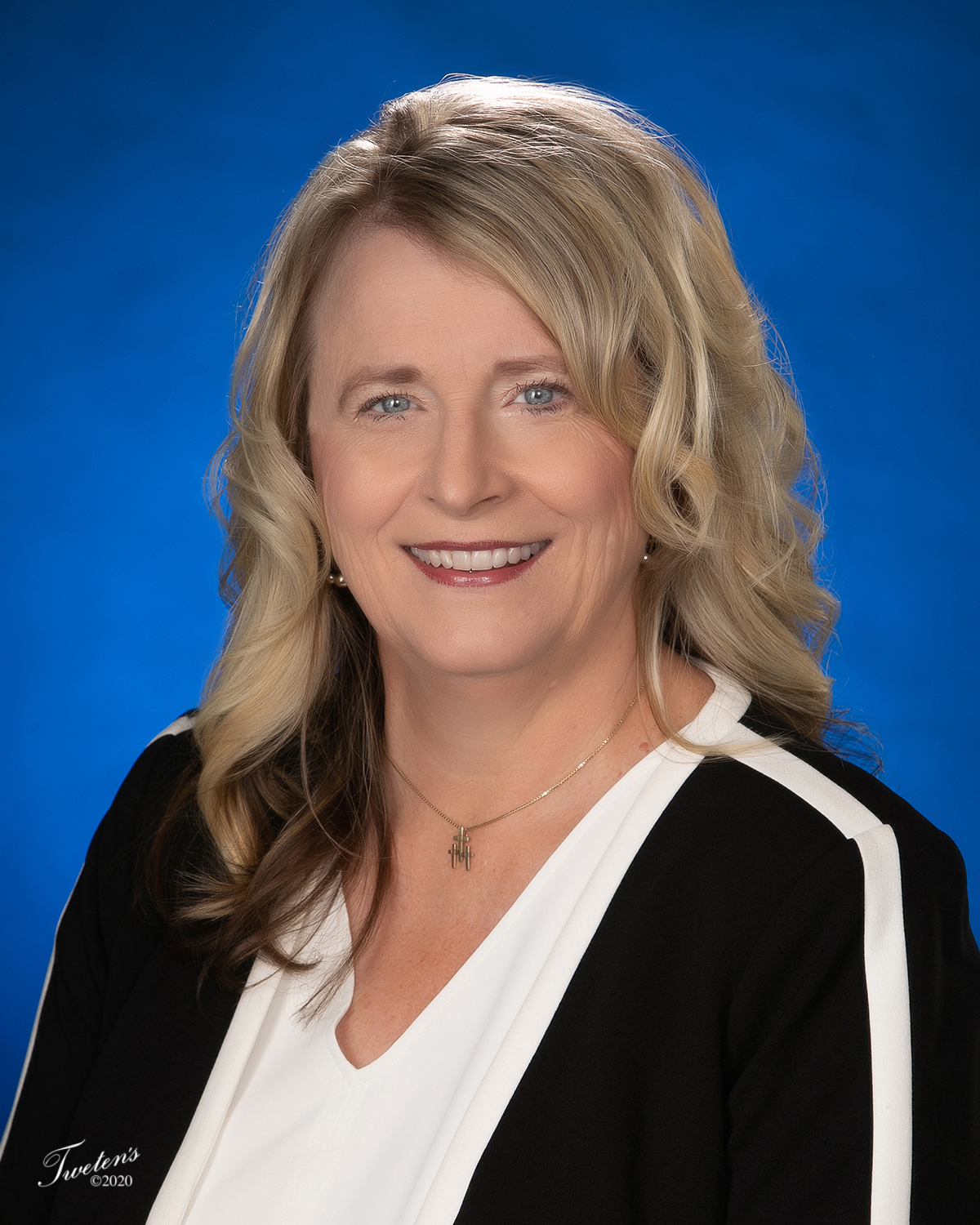 Janne Myrdal, along with her husband Mark and three children, live near Edinburg, where they operate a family farm.

Myrdal, a native of Norway and now a U.S. citizen, has been involved in public policy issues since arrival in the USA in the early 1980s. Having grown up in a family who experienced dire hardship during the Nazi occupation of Norway in World War II, she was raised with a keen awareness of the freedoms her generation was given. She learned at an early age that freedom and justice does not just “happen” but has to be protected and fought for at all times.

“I clearly remember my parents constantly reminding us of the blessing of freedom and not to take it for granted. I think that became a sort of DNA for their children, of which I am grateful.”

“We are living in challenging times across the nation and world, yet here in North Dakota we have been exceedingly blessed. During unprecedented prosperity we tend to grow government, and yet with the downtrend we are facing in both Ag Commodities and the Energy Sector, we must have honest leaders willing to make the right decisions to protect the future of our children and grandchildren. This will take principled servant leadership, willing to stand strong without compromise, yet able to work with all involved to ensure the future we hand to the coming generations is on solid ground.”

“Being a farmer’s wife and a mom in rural America teaches you all too well the importance of self-reliance and the value of hard work”, says Myrdal who also raises and shows American Quarter horses as a hobby. “We are blessed by the hard work of North Dakota’s farmers and ranchers producing the most efficient, safe and affordable food supply in the world and we must protect our producers from the regulatory heavy hand of the federal government.”

Myrdal has spent the past 25+ years in public policy work on a wide variety of issues ranging from education, national security, healthcare and pro-life/family values. For the past ten years she was State Director for CWA (Concerned Women for America), the largest women’s public policy organization in the nation.

“I have spent all my life on the outside of the political arena affecting it from a grass roots perspective,” she says, “ the closer to home a decision is made, the better for families, local communities and districts, a proven principle applicable to education, farming, taxation, property rights and a variety of issues affecting our daily lives.”

People likely know Myrdal mostly from her strong convictions on family values; these convictions have grown from her Christian faith.

“I am absolutely strong in my convictions, and I think people respect that,” she says, adding that she is grateful North Dakota remains one of the most conservative states when it relates to protecting life.

Myrdal currently serves in her second term on the Valley-Edinburg School Board.

“We have the greatest families and kids and we can and should lead the nation in K-12 education not by federal testing mandates, but by empowerment of local school boards, administrators, teachers, and, most importantly, parents.”

As career politicians care more and more about retaining their status and bending to parties, Myrdal’s focus will be on the district and its people, providing honesty, transparency and accountability. A concerned citizen at heart, her campaign is about keeping the power with the people.

“I am seeking to be elected to the Senate not because I want a title,” says Myrdal, “I already have the greatest titles I will ever want which is wife and mom. The Senate seat belongs to the people in District 10, and I would be honored to be chosen to represent our district. I am not a politician, but rather a concerned citizen with the experience it takes to lead on vital issues.”